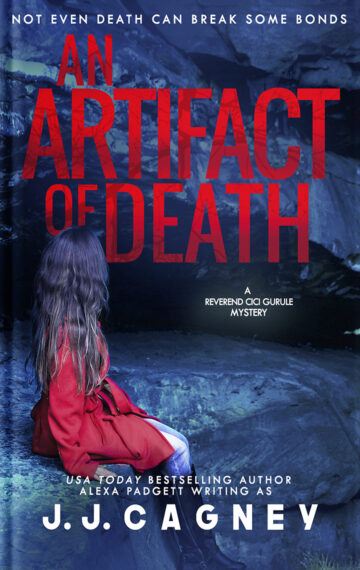 “An exhilarating entry in a thoroughly enjoyable series.” ~ Kirkus Reviews

A botched execution. A reverend on the run. Can she solve the mystery before she’s caught in the crosshairs?

Reverend Cici Gurule went to the sacred Chaco Canyon in search of a sign. She’s been offered a once-in-a-lifetime opportunity in a megachurch, but taking the position would mean abandoning her Southwestern home and the man she’s grown to love as much more than a friend. She’s so caught up in her thoughts that she doesn’t realize when she stumbles upon a group of heavily armed operatives on the verge of an execution.

Soon, Cici’s dodging bullets and scaling mesas with the mysterious man she saved from certain death. With a little help from her twin sister’s ghost and restless ancestral spirits, they venture deeper into the maze-like rocky terrain. But her new companion’s deadly aim makes her wonder if she can afford to trust his side of the story.

To make it out of the canyon alive, Cici must unearth the true story behind the man and a sacred Navajo artifact before the next blood shed on sacred ground is hers.