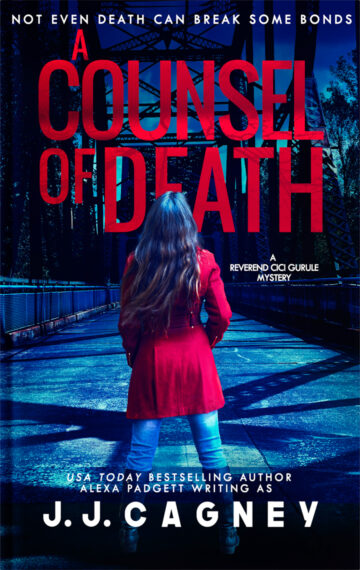 He thought he was investigating money laundering, but the case is far more menacing. It’s murder…

Detective Sam Chastain has been dreading his next case: he must investigate his father-in-law’s role in a federal money-laundering scheme. When a grisly murder reframes the case, he must find answers before he loses another witness.

At the same time, new evidence sheds light on the decades-old drowning death of Cici’s uncle. She’s one of the few tenuous threads that connects the two murders. And a brand new one.

As Sam and Cici race to uncover the identity of the latest victim, they realize the killer never leaves loose ends… Like Cici.

A Counsel for Death is the sixth book in the multi-award-winning Rev. Cici Gurule Mystery series. Buckle in for a thrill ride full of twists and page-turning action.