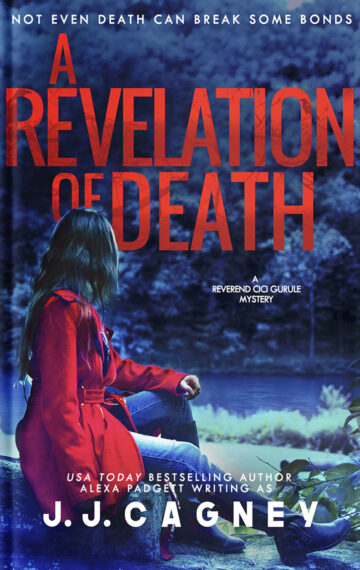 “An exciting mix of murder, mayhem and romance featuring a heroine who is one tough cookie in a book that packs a powerful punch–emotionally and action-wise–right through to the climactic ending.”- IndieReader

Soon, Cici Gurule dreams of other women's attacks, thanks to visions from her dead twin. The victims' watery graves torment Cici, feeding her growing fear of water.

The killer targets Cici's congregants and friends, taunting her and her lover, Detective Sam Chastain. Sam partners with the SFPD to investigate the widening web of assault, death, and pain… all while Cici struggles with the choices she made in Chaco Canyon.

When the killer lures a teen girl from her family, Cici and Sam's desperation to identify him becomes critical. But the clues, from the disappearance of Sam's ex-lover, to a cat with a chilling message for Cici, are leading them further from the truth, rather than toward saving the kidnapped girl.