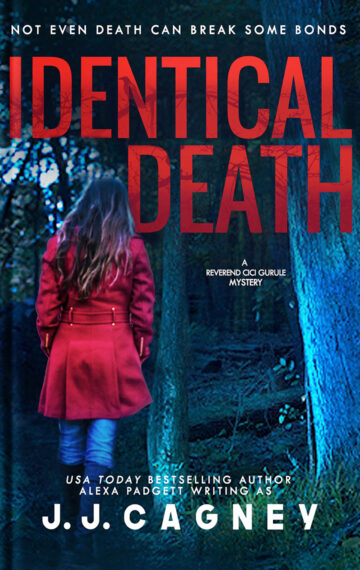 What turns a reverend into an amateur sleuth?

Few people have ever experienced a connection like the one Reverend Cici Gurule and her sister had.

The women weren’t just twins; they were identical.

Cici knew the exact moment her sister had died because Cici had passed out in her apartment.

She’d swear until the day she died her sister said her name in a soft, broken voice as her own mind had switched off.
Now, Cici must learn to live without her sister . . .

Identical Death is the first book in, A Reverend Cici Gurule Mystery.

Although these books are best read in order, as a series, they can be read as a standalone.

A Pilgrimage to Death

A Heritage of Death

An Artifact of Death

A Revelation of Death